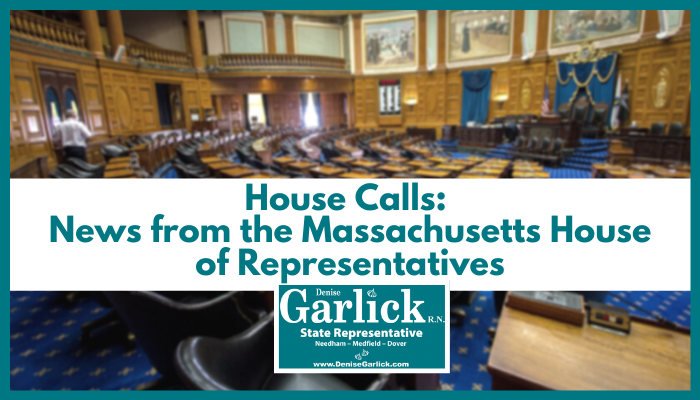 Today, Speaker DeLeo announced an initiative focused on domestic violence response in the wake of the COVID-19 crisis. See below for his message.

I write today to inform you that the House is launching an initiative to analyze state policies in order to assess the existing and emerging needs of domestic violence victims and survivors living in Massachusetts. The House will engage outside experts and stakeholders to discuss policy options amid the rising risks faced by victims of domestic violence and sexual assault during the COVID-19 public health crisis.

Given the wide-ranging effects of shelter-at-home advisories on those under the threat of violence at home, I have requested that Chair Cronin and Chair Decker lead the effort to evaluate and coordinate our response to the increasingly urgent needs surrounding this vulnerable population – whether it be legislative intervention or enhanced advocacy with the executive branch.

The House has a long history of leadership on issues to address domestic violence, specifically the 2014 domestic violence bill, which established new crimes for domestic assault and strangulation, provided victims leave from work, and created a six-hour cooling off period during which those arrested for domestic violence would be held in custody. We closed loopholes, enhanced resources, mandated training for the judiciary and law enforcement, and empowered victims.

From her role as Judiciary Committee Chair during the crafting and passage of the 2018 Criminal Justice Reform legislation, Chair Cronin brings deep expertise in policies relating to the courts, and how that system affects victims of sexual assault and domestic violence. Throughout the course of her thirty-five year legal career, and in her role as a legislator, she has worked extensively to promote victims’ rights and protections. Chair Cronin co-sponsored legislation creating a separate crime for strangulation and strongly advocated for its inclusion in the 2014 domestic violence law, which became a centerpiece of the final legislation.

In her role as Chair of the Committee on Mental Health, Substance Use and Recovery, Chair Decker has already begun conversations with stakeholders during the public health emergency. During her time as a Cambridge City Councilor, Chair Decker worked with victims’ advocates to reimagine and establish a national model for a community-based approach to domestic violence. Chair Decker’s leadership on gun safety policy and her efforts on behalf of vulnerable families will bring tremendous value to this initiative.

The work starts immediately this week as the Chairs identify statewide stakeholders who work on domestic violence and sexual assault issues to inform House strategies for addressing domestic violence during the public health emergency. The Chairs will also conduct Member outreach.

This initiative will focus on several issues including but not limited to shelter capacity; linking victims with services and resources in a timely manner; and addressing the challenges victims face accessing the courts system amid the public health emergency.  In addition, the group will explore ways to develop statewide guidance on providing services, examine funding vehicles, as well as create guidance for House staff fielding calls from victims.

We are eager to hear the recommendations from this group as we seek to aid those who are living in unsafe environments. I hope you will join me in offering your support them as they gather information about the needs of the victim community, and how we may assist them.